Joel Wilkinson, Senior Director, Brand Solutions at Finecast, explains what Addressable TV is, how it works, and why it’s good for brands of all sizes.

TV has long been thought of as the home of brand-building, a place where big brands spend millions to reach people watching programmes in their homes and drive awareness that will ultimately lead to a purchase.

In recent times, however, TV has changed. Yes, the big programmes like the Super Bowl and the World Cup Final that attract millions of viewers still exist, but they are much thinner on the ground than they once were. First, with the introduction of cable and satellite TV and, more recently, with streaming services like Netflix and Amazon Prime, the TV audience has become massively fragmented. And with the proliferation of devices in the average household, there is no guarantee that three people sitting in the same room will not be watching three different programmes from three various sources. According to a 2021 report from Strategy Analytics, the number of UK households using connected TV devices reached 19.2 million by the end of 2020, or 68 per cent of all households, up 2.1 million over 2019, and the average connected TV household owns 2.8 devices.

But despite these changes, brands large and small have been presented with a fantastic opportunity, in the form of Addressable TV.

Addressable TV combines the reach of television with the ability to target audiences with great precision, using multiple data sources. It means big brands can run a national campaign more efficiently, not wasting budget on consumers who are not in their target audience but instead focusing their efforts on those who are.

Sweaty Betty, No.3 Gin, Pirate Studios and Birkbeck University are just some of the new to TV brands who have seen the benefit of advertising on Addressable TV in recent years – it makes TV accessible to them in a way it never was before, at an effective price they can afford. And if they have investors to report to, they can track the return on their investment in the ad campaign in near real time.

Perhaps this is why more than a thousand brands try television for the first time every year and find that it works. They range from niche eCommerce retailers to universities and other service providers, some with a national footprint, others more local.

So how does it work?

Viewers have always understood the value exchange of commercial TV. Programmes are delivered free-to-air in return for their agreement to see commercial messages from brands alongside programming. But while linear mass targeting works incredibly well for many brands, the last 10 years have seen an increasing desire from advertisers to cut out the wasted spend, and from viewers to cut out irrelevant advertising in favour of branded messages that they were more likely to be interested in. Addressable TV delivers on that promise.

Back then, digital advertising was replacing print, offering national retailers an alternative way to target advertising locally and drive footfall. At that time, TV did not have the data or technology to match this, but as TVs started to become connected to the internet, and as TV services began to become available on smartphones and tablets, the power of TV – Addressable TV – to offer precision targeting using data started to come to the fore.

Finecast’s Addressable TV platform takes in data from Experian, Mastercard, Nectar, survey-based data, broadcaster data and other sources to enable advertisers the possibility to target via households based on socio-economic, demographic and transactional data. Viewers see 30-second pre-roll and mid-roll ads in and around professionally produced content on commercial and ad-funded OTT and linear TV.

Advertisers can target particular locations on a national level to reach their intended audience across the country without waste. They can also use it to exclude certain parts of the country. So if a national car dealership wanted to target people within a 30-minute drive of one of their dealerships, they could exclude areas of the country where no such outlet exists.

Mastercard data can help advertisers identify audiences who have spent money on expensive holidays. This information can be cross-referenced with other data sources to target these groups with products and services unrelated to holidays that they tend to buy.

In total, we have over 1,200 targeting segments available to enable advertisers to target brands on linear, on-demand and live streamed services on connected TVs, connected devices, set-top boxes and personal devices such as mobile phones and tablets. In short, Addressable TV makes it possible to target two completely different households watching their same favourite programme with two completely different ads, based on any combination of the household’s location, socio-economic status, demographic make-up, purchase behaviour and all manner of other factors.

This targeting capability is particularly significant when you consider that according to Nielsen Catalina, creative is the key advertising element driving sales, accounting for a 47 per cent share of sales contributions. In addition, Finecast’s Thinking Inside the Box research found that people who deem an ad relevant are 18x more likely to think the brand is worth paying for and 20x more likely to find the creative appealing.

Despite the sophistication of Addressable TV’s targeting the multiple content sources and devices it can work with, buying Addressable TV audiences is easy. With Finecast, you can reach your intended audience however they’re watching, whether across all devices or on TV only. Only when they are at home, or only when they are on the go. And with one simple unified Reporting Suite to track the performance of your campaigns.

Perhaps this is why Addressable TV appeals to brands of all sizes. Whoever the brand, advertisers know that TV is a brand-safe medium. Smaller brands realise they can use Addressable TV to deliver on performance KPIs by driving viewers to a landing page for more information or to complete a purchase while at the same time achieving a halo branding effect.

In 2020, for example, women’s activewear retailer Sweaty Betty turned to addressable advertising in partnership with Finecast to launch its first-ever TV campaign. Having previously been unsure of reaching the right audience through traditional advertising, addressable TV allowed the brand to focus on its target audience – women with an interest in sports and fitness.

The addressable campaign targeted “Upmarket female fitness enthusiasts”, and segments included “New Year’s Resolution 2020” and “Do more exercise or improve my fitness” to reach women who made health-conscious lifestyle choices.

Seeing the brand on TV led to Sweaty Betty’s target audience having an improved perception of the company. The campaign also resonated with the prospective customers, with survey results highlighting increased brand awareness (+5 per cent) and likelihood to visit the website in the next month (+11 per cent) among those exposed to the ad.

Among bigger brands, Direct Line is an excellent example of an advertiser that uses addressable campaigns intelligently to supplement its linear activity. The company has a vast advertising budget but sometimes reaches saturation with its intended audience. With addressable, Direct Line can add cost-efficient, incremental reach on top of a big linear TV campaign, targeting different audiences with different products, such as home insurance versus car insurance, perhaps.

In short, addressable TV allows advertisers to target the right person at the right time with the right content to promote a product or service they are likely to be interested in, with minimal wastage. To find out more, visit https://www.finecast.com/en/. 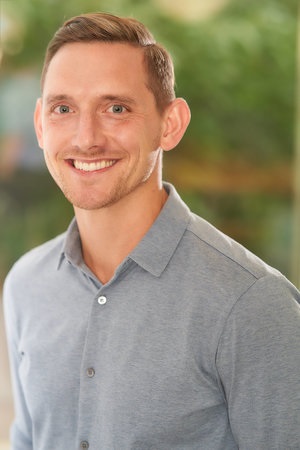 The State of Retail: What do customers want? CX, the cost of getting it wrong, and how to get it right

It’s no secret that retail and eCommerce are taking a bit of a battering. You could call it a perfect storm.

The Great Resignation or The Great Wake-Up Call? How to turn your talent problem into a golden opportunity

You don’t need to be an expert to know how challenging talent acquisition and retention is right now.

How to get the most out of attending thought-leadership events: our 5 simple tips

We know thought-leadership events are a big deal (well, we would say that).